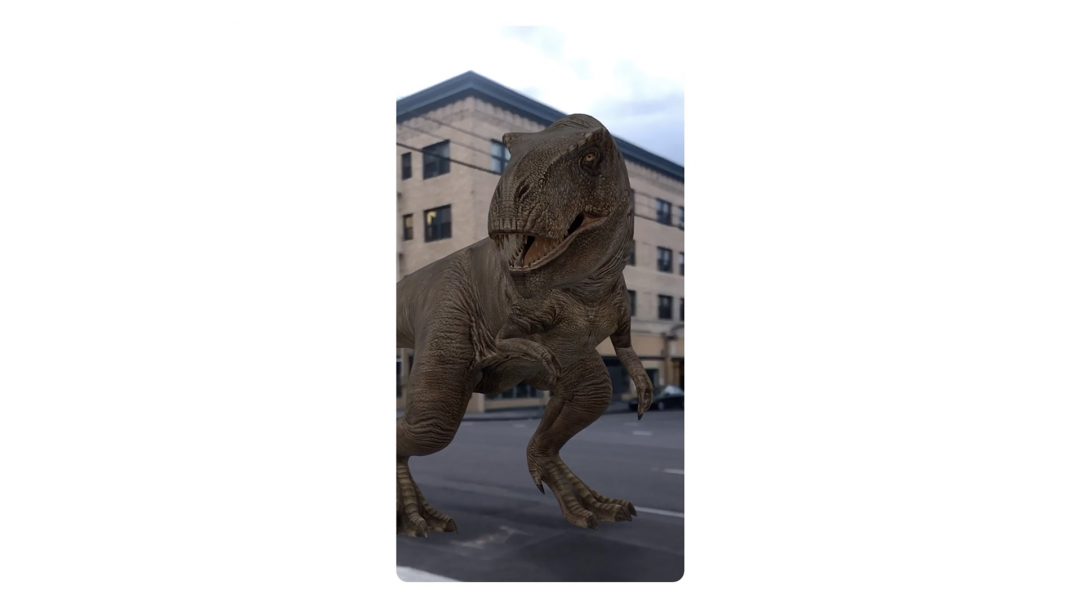 Today is a pretty special day for all dinosaur lovers, Ludia and Universal Brand Development  partnered with Google to bring to life 10 dinosaurs with AR in Google Search. You can travel back to prehistoric times and watch the T. rex stomp in your living room or a majestic Brachiosaurus as it towers above a tree in your neighborhood.

To find them, search on Google for a dinosaur on your mobile device  and tap “View in 3D” to bring them to life with AR. Tap on “see actual size” so deep lighting technologies automatically reposition where the dinosaur is in your space to make room for it. You can also zoom in to see its textured skin up close. Ludia’s Jurassic World Alive models are indeed some of the most realistic AR dinosaurs created to date.

Feel free to get creative, create your own videos, and share your encounters with these majestic creatures on Facebook, Instagram and Twitter and tagging them with #Google3D and #JurassicWorld. And once you’ve found all 10 dinosaurs on Google AR, don’t forget to come and play so you can find more than 200 in the game and in your world!

Curious about how our team creates the dinosaurs? 3D modeling, texturing and animation, check out this video to discover the process:

Learn more about the Dinosaurs in Google search AR 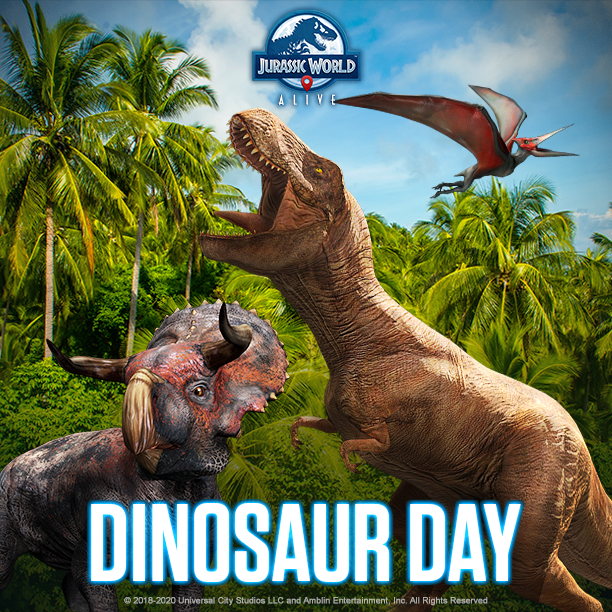 Can you believe it’s already been 2 years since Ludia and Universal Games and Digital Platforms brought dinosaurs to life in Jurassic World Alive?
The mobile game, bringing  players up close with their favorite prehistoric creatures from the Jurassic World film franchise using location-based technology and augmented reality (AR), was an ambitious project. The project has been a real joy for the passionate teams at Ludia to work on.

Thanks to a strong working partnership with Universal, the game benefited from the exploration of new concepts with a collaborative mindset. It was key to successfully run this massive AR/Geo-location game and we couldn’t be happier and prouder today!

With more than 200 dinosaurs and prehistoric creatures to discover, the game has received great support thanks to the wonderful community it has. Our players, who are passionate, engaged and supportive, are the real treasures here!

Always taking our community’s feedback into account, developing and improving the game, the team is also continuously working on updates and new features. The latest update introduced  new Permian creatures, as well as Revenge abilities! And, there are even more surprises to come this summer! Among them, a new cooperative battle mode will be introduced. Players will be able to face off against dangerously powerful new creatures with their Alliance and friends, in the comfort of their home. But until then: practice hard in Campaigns, and get your creatures ready! 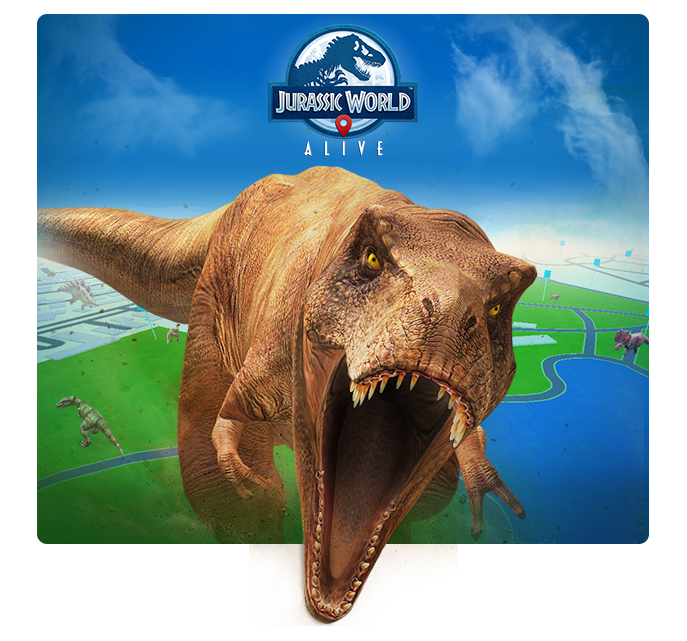 Maggy, Jurassic World Alive’s Senior Producer, started working at Ludia in 2015. Not only does she supervise the creation of the dinosaurs for the Jurassic World:The Game and Jurassic World Alive mobile games, but she also works with the largest Game team at Ludia. During production, the team consisted of more than 100 developers, artists and designers! And we’re not even talking about the day-to-day work with other teams, such as IT, marketing, back-end, live-ops, community management, etc.

For all those aspects, she is the perfect resource at Ludia to provide insight into Ludia’s collaboration with the Universal Games team on one of its strongest licenses.

Working with Universal, how is it really?

The relationship between Ludia and Universal is one of the most collaborative among all of our projects. Since Jurassic World: The Game, Ludia’s first co-production, we worked closely on every single aspect together. From the dinosaurs, story writing and characters, to establishing the roadmap, reviewing the designs, developing the live ops calendar, and much more. Our objective is to continue building on a winning partnership that will continue to grow for many years.

Thanks to our our collaboration on Jurassic Park Builder, Jurassic World: The Game and Jurassic World Alive, we’ve developed a strong and rewarding working relationship with Universal. I like to call it a trust-based relationship. This trust enables us to explore new ideas and concepts with a collaborative mindset. And we’ve found that due to our history together, we now are usually on the same page about the features that we find most important for the long-term success for the various titles.

Working with such a strong license like Jurassic World gives us an amazing advantage and visibility marketing-wise. The franchise is adored by almost two to three generations!  Our team consists of a real fan-base for Jurassic World, they all know the dinosaurs by heart!

Anything unique about this collaboration?

We had the opportunity to work on our first full-length live-action trailer for the launch of Jurasssic World Alive, in collaboration with the Universal Games marketing team, and it has been viewed more than 3 million times! We were also able to leverage the Jurassic World: Fallen Kingdom film marketing campaign toshowcase the game in fun ways, such as when we were given the opportunity to tag the game at the end of the Jurassic World: Fallen Kingdom trailer that was shown in theatres.

Second, working with Universal continues to be a ton of fun and their input is very valuable in helping to bring our gameplay vision to life. To reinforce the authencity our games, we are given access to resources and assets that help us to make informed creative decisions during the development process, like being able to read the Jurassic World : Fallen Kingdom script almost a year before the film was released.

Finally, more recently, we partnered with the team at Universal Studios Hollywood on the recent opening of the new « Jurassic World – The Ride » attraction. The collaboration allowed us to created an event specifically for the ride location, so that when the people come out of the ride, they can battle with their own dinosaurs. Fans visiting the theme park were also able to collect their favorite dinosaurs and track down an exclusive Epic Incubator, a capsule that contains valuable resources, such as dinosaur DNA.

It goes without saying that being able to make our own contributions to some of Universal’s biggest launches has been very rewarding.

Key learnings to build the best relationship with strong licenses

The key to success is simple – treat your licensors like true partners. A strong collaboration helps make things go faster and everyone is able to accomplish their goals. 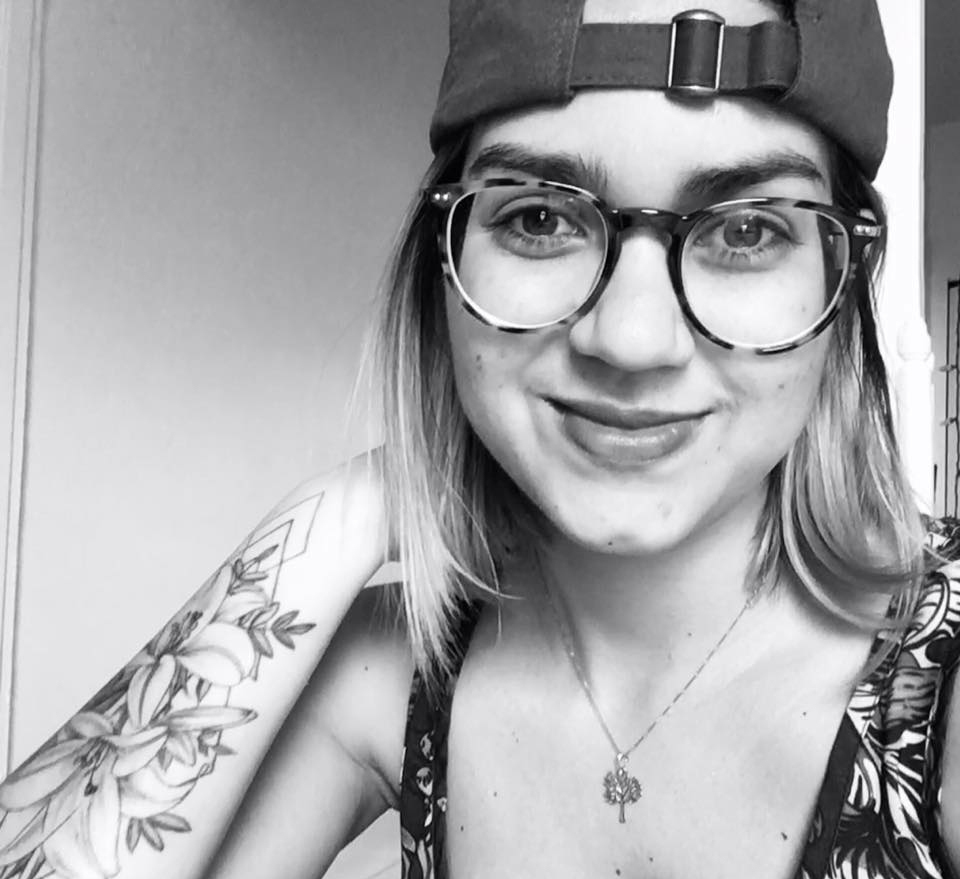 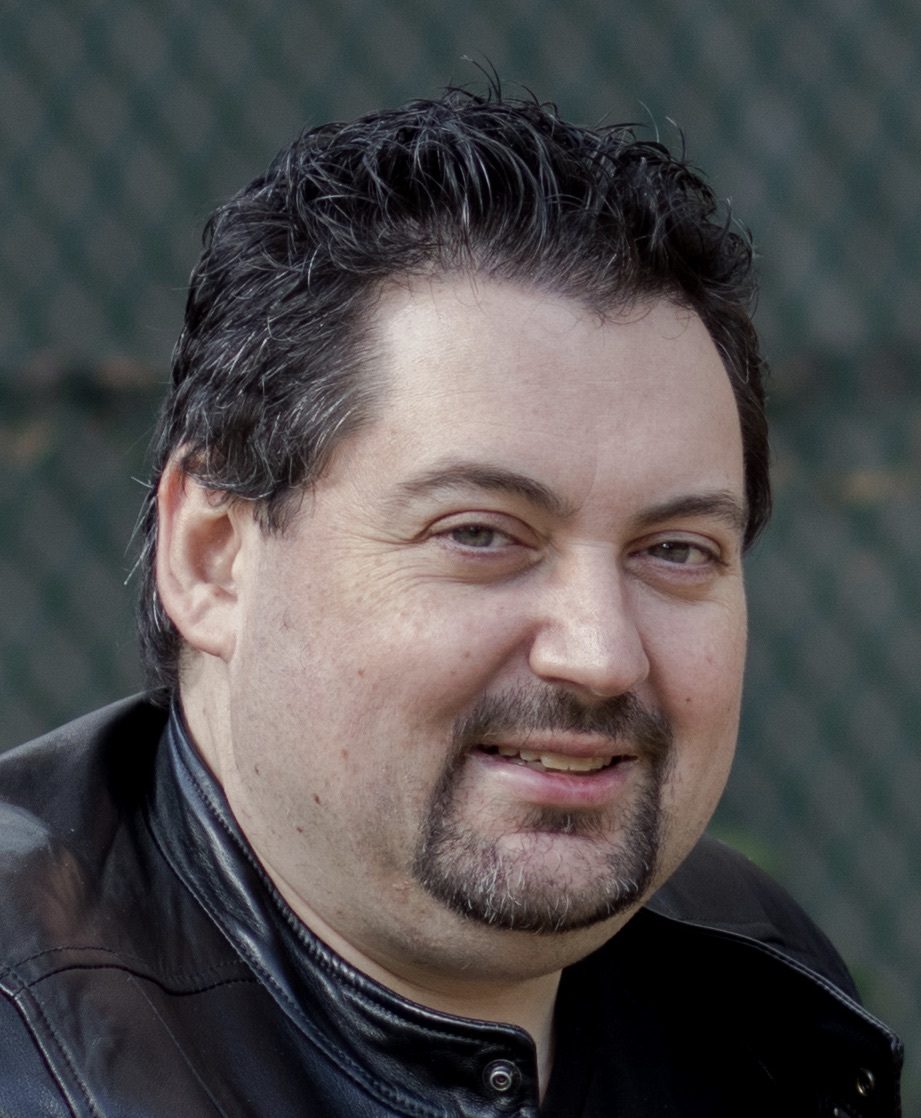 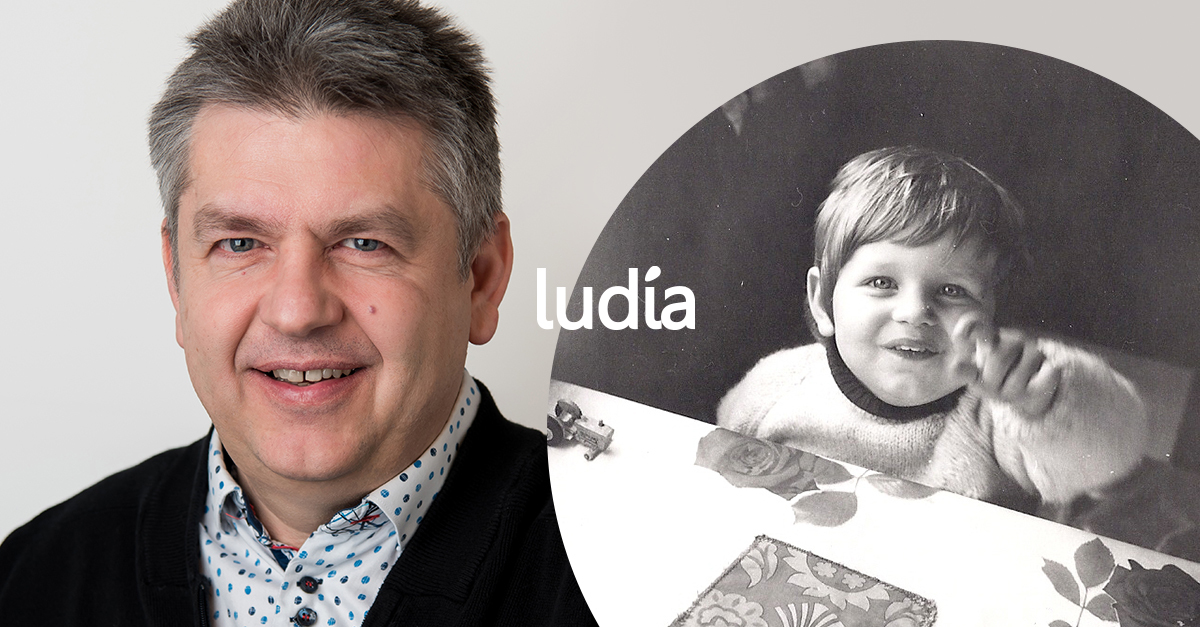 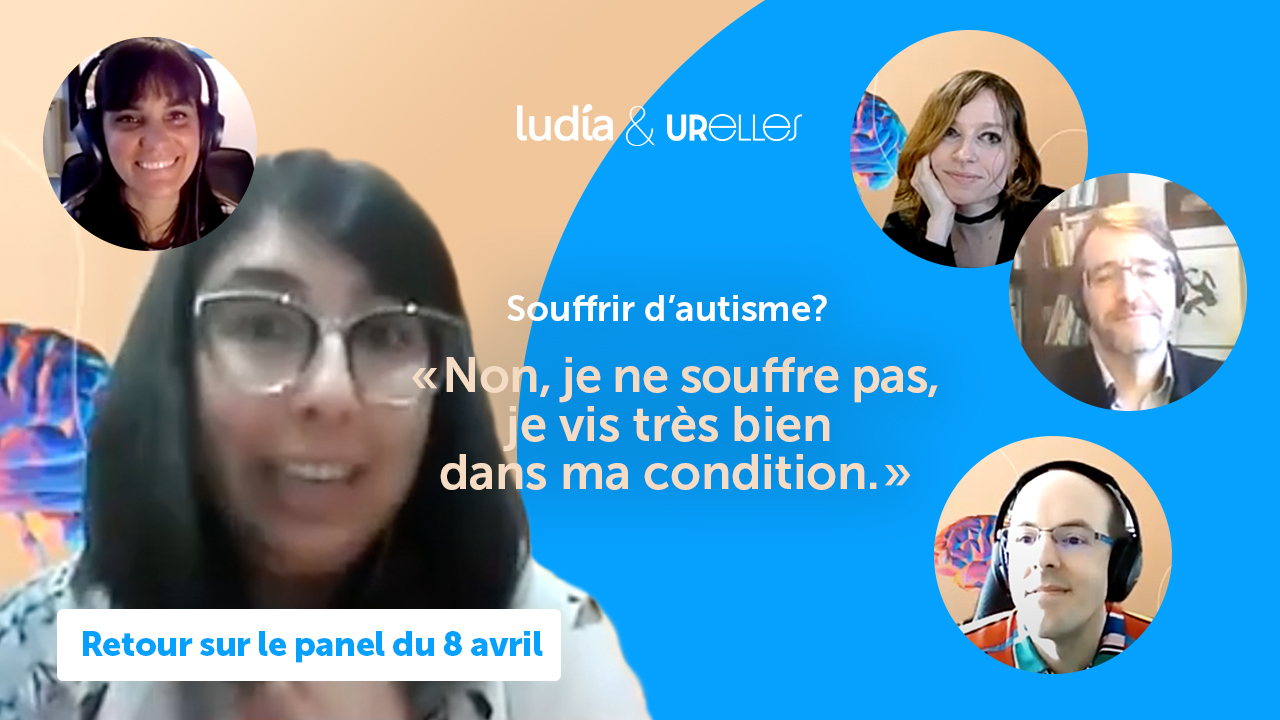 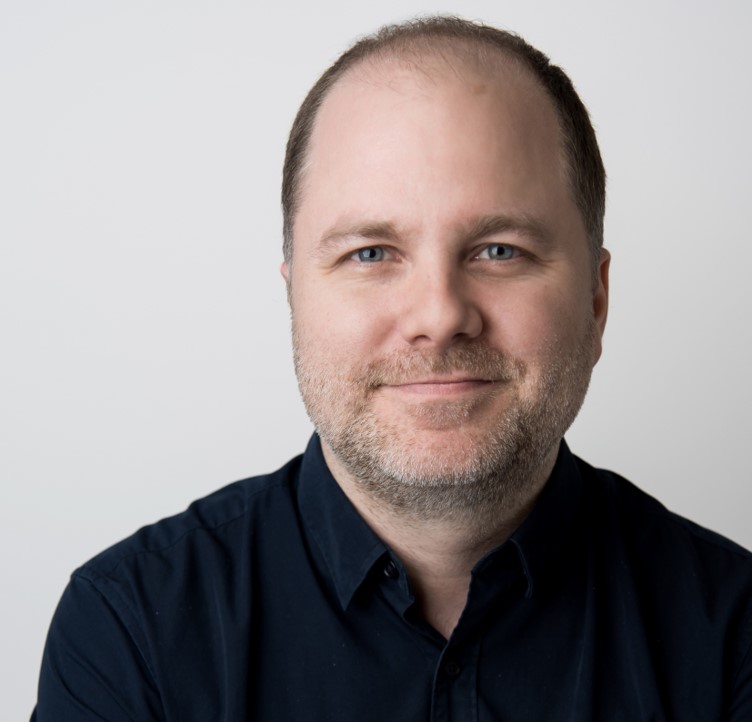